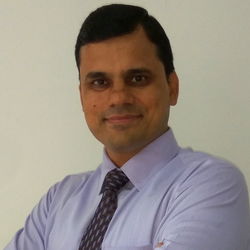 My Experience of Investing in 2008 Recession (My Investing Diary) 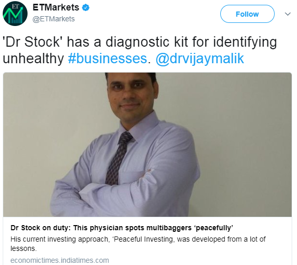 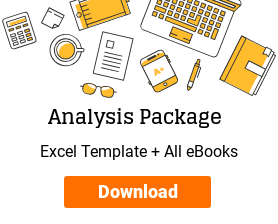 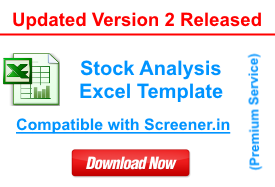 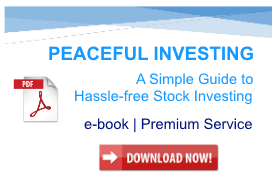 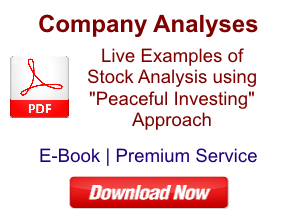 Just had a very enjoyable chat with @drvijaymalik. Gave him a pet name: Dr. Stock. Check out his blog to find out why http://t.co/xBY7KN3gQJ

Home » Personal Finance » You should always invest in Direct Plans of Mutual Funds. Here is the reason why?

You should always invest in Direct Plans of Mutual Funds. Here is the reason why?

This post aims to highlight the benefits of avoiding the distributors/brokers (both online & offline) while investing in mutual funds and in turn investing directly with mutual fund companies.

Direct vs Regular Plans of Mutual Funds: is there any difference in underlying stocks:

Mutual fund companies offer the option of direct as well as distributor route for investment in their schemes. Regulator has made it compulsory for all the mutual fund companies to offer direct investment option (direct plans) of each scheme to investors. The difference between direct and other plans (regular plans) of a mutual fund scheme is that in direct plan, the mutual fund company does not have to pay commission to distributors for bringing in the investor’s money. There is no difference in stocks where money is invested in direct and regular plans. Both plans have same investment manager and other team members.

How do commissions to distributors affect us as investors?

Mutual fund companies recover all the expenses incurred for running their schemes including distributor commissions, marketing & administration costs and brokerages paid to buy & sell shares etc., from the money which people like us have deposited with them for investment. The ratio of expenses to total investment money (assets) is called Expense Ratio and it varies between mutual fund companies and between different schemes of a mutual fund company.

In India, regulator has capped the expense ratio at 2.50% for equity mutual funds and 2.25% for debt mutual funds. Most of the mutual fund companies charge about 1.50% to 2.50% for their equity-oriented schemes. This money is deducted from the total assets of the scheme and then the remaining assets are used to calculate the net asset value (NAV) of the units of the mutual fund scheme.

Below is the table, which reflects the difference between returns of the direct plans and regular plans of a few equity-oriented schemes of different mutual fund companies. This data is taken from Value Research on August 9, 2014:

Direct vs Regular Plans of Mutual Funds: Difference in one year returns:

The data clearly shows that the direct plans of almost all mutual funds schemes give higher return than regular plans of same schemes. The difference for most of the schemes is about 1.00% to 1.50%. However, for some schemes like Reliance Quant Plus Fund, it is surprising 2.51%!

It needs to be stressed that the money in both plans, direct as well as regular, is invested in same stocks by the same investment manager and team members. Therefore, the risk, which you take by investing in both the plans, is the same. The difference in returns is only due to the savings the companies make by not paying commissions to distributors. Therefore, this difference in return is going to continue both in good times and in bad times.

The table reflects returns from August 2013 to August 2014 when equity markets and equity-oriented mutual funds have given very good returns. During this period BSE Sensex has increased by 34% (At August 9, 2013, BSE Sensex closed at 18,946.98 and at August 8, 2014, it closed at 25,329.14). However, we all understand that equity markets and equity-oriented mutual funds do not give very good returns every year. There would be times when returns are low or even negative. If during any year regular plan of equity mutual funds, give return of only 1.50% then the direct plans would give return of about 3.00%. This would mean almost double of the amount of return for same risk. Similarly, if regular plans report loss of 1.50% then direct plans may give 0% return and prevent loss of investor’s money.

More importantly, we should consider the impact of this difference in returns over long periods, as equity mutual funds are long-term investments.

If one starts monthly investment in any equity mutual fund scheme by a systematic investment plan (SIP) at age of 30 year and continues it until retirement at age 60 years, the higher return of direct plans can lead to substantial difference in final maturity amounts at retirement.

The table below gives data for comparison of investments in direct plan and regular plan for a monthly investment (SIP) of Rs. 15,000 in an equity-oriented mutual fund scheme over 30 years. Three scenarios of different returns by equity-oriented mutual fund are analyzed. It is assumed that direct plans will give a return of 1.50% higher than regular plans of the same mutual fund scheme. I have used Future Value (FV) function of Microsoft Excel to calculate maturity amounts for each case.

The above table clearly shows that investment in direct plans leads to significantly higher amounts at retirement than regular plans. The difference of 1.50% in returns, which was looking very small initially, over 30 years, has created huge difference in wealth one would have by investing in direct plan of an equity mutual fund scheme of his choice. It is to be noted here that money in both direct and regular plans is invested in same stocks by same investment team.

Therefore, I believe whenever one decides to invest in any mutual fund scheme, she should always invest in direct plan of that scheme. Not investing in direct plans amounts to leaving free money on the table.

Financially, it makes sense to convert all your existing regular plan investments to direct plans, as the difference in maturity amount is huge over long periods of investment. Small efforts today might give benefits of crores of rupees in future at time of retirement. Moreover, there is no incremental risk, which one takes by shifting to direct plans of same mutual fund scheme.

Have you shifted your mutual fund investments from regular plans to direct plans or have started investing in direct plans for new investments? Tell us about it and give your comments below about how you feel about it.

PrevPrevious ArticleLife Insurance Premiums are declining! Will this trend continue?
Next ArticleA simple guide to decide if equity markets are overvaluedNext “Peaceful Investing” approach is the result of my more than a decade of experience in equity markets. This approach helped me invest even when I had a full-time corporate job and therefore, could not spare a lot of time for stock analysis.

During my investing journey, I have faced almost all the common challenges of the investors; the biggest one being “scarcity of time”. “Peaceful Investing” approach keeps in mind that an investor will have only limited time for stock analysis.

The objective of “Peaceful Investing” approach is the selection of such stocks, where once an investor has put in her money, then she may sleep peacefully. Therefore, if later on, the stock prices increase, then the investor is happy as she is now wealthier. On the contrary, if the stock prices decline, even then the investor is happy as she can now buy more quantity of the selected fundamentally good stocks.