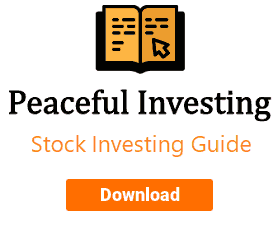 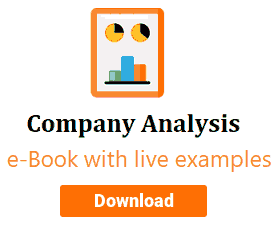 Portfolio returns of 19.1% vs. Sensex 11.5%.
We identified companies, which were later invested by Sanjay Bakshi and Mohnish Pabrai.
Subscribe Now!
Premium

In order to benefit the maximum from this article, an investor should focus more on the process of analysis instead of looking for good or bad aspects of the company. She should learn the interpretation of different types of data and transactions and pay attention to the parts of annual reports etc used to get the information. This will help her in improving her stock analysis skills.

Q: Hi Vijay, I have followed your posts throughout and have borrowed many of your investing philosophies. I applied it on one of the stocks that interested me. Wanted to check with you if I am going in the right way or I have missed something.

I am very much interested in Ahmednagar Forgings Ltd because of the following reasons:

Thanks for writing to me! Advised reading: How to do Business Analysis of Auto Ancillary Companies

However, the concerns arise when we see the data on operating efficiency for Ahmednagar Forgings Ltd. Its fixed asset turnover ratio and inventory turnover ratio have been declining over the years.

Equally important is the fact that the fixed asset turnover ratio is very low, less than 1, which indicates that Ahmednagar Forgings Ltd needs to spend more than INR 1 in plant and machinery to produce INR 1 of additional sales. This low asset turnover has serious implications as a huge amount of incremental investment is needed to show future growth.

For example, let us assume in the first year it Ahmednagar Forgings Ltd, targets to achieve INR 100 cr. of additional sales, then it would need to invest INR 111 cr. in fixed assets (100/0.9, because the fixed asset turnover ratio is 0.9 currently). This INR 100 cr. of additional sales would provide additional net profits of INR 10 cr. (assuming 10% of NPM). If Ahmednagar Forgings Ltd retains entire profits and invests in its operations, then this incremental investment of INR 10 cr. of entire profits would generate only INR 9 cr. of incremental sales in the second year (as the fixed asset turnover ratio is 0.9). If Ahmednagar Forgings Ltd wishes to grow sales by another INR 100 cr. in the second year as well, then it would have to generate INR 91 of sales by investing an additional INR 101 cr. (INR 111 cr. total requirement – INR 10 cr. of net profits invested). This INR 101 cr. needs to come from either fresh equity infusion or debt.

Margin of Safety in the Business of Metalyst Forgings / Ahmednagar Forgings Ltd:

It seems that in the current state, the business model of Ahmednagar Forgings Ltd is a perpetual losing proposition. It has already destroyed shareholders’ wealth in the past as it has created a market value of only INR 612 cr. (increase in market capitalization) from the retained profits of INR 850 cr. over last 10 years (2005-14)

I believe that unless it improves its fixed asset turnover by investing in any new technology, it is going to land up in a debt trap. Its interest costs have already been spiralling up and might rise further and bringing down profitability.

I believe that an investor can get many other better opportunities than Ahmednagar Forgings Ltd in current markets.

In the absence of any strength in the business model of the company, a low PE ratio of the company’s stock may be signs of a value trap where instead of being a bargain; the low valuation of the stock price may represent the poor business dynamics of the company.

These are my views about Ahmednagar Forgings Ltd. However, you should do your own analysis before making any investment-related decision about any company.

You may use the following steps to analyse the company: “How to do Detailed Analysis of a Company“ How to do Business Analysis of Auto Ancillary Companies “Peaceful Investing” is the result of my experience of more than a decade in stock markets. It aims to find such stocks, where after investing, an investor may sleep peacefully. If later on, the stock prices increase, then the investor is happy as she is now wealthier. If the stock prices decline, even then the investor is happy as she can now buy more quantity of the selected fundamentally good stocks.